The Kardashian-Jenners Created Their Own Handbags With Judith Leiber

Is it any surprise that the Kardashians love Judith Leiber? The late handbag designer—who launched her label in 1963—and her brand are known for whimsical minaudieres depicting items as far ranging as pancakes and diamonds and martinis garnished with olives. Kim Kardashian carried a bedazzled french fry bag in 2018, Kris Jenner is a private collector, and as of today, all of the KarJenners have collaborated with the label on a series six of bags representing their individual personalities.

Leiber’s playful designs can teach us a thing or two about semiotics—the interpretation of meaning, according to Marcel Danesi, author of The Semiotics of Emojis: The Rise of Visual Language in the Age of the Internet. “A picture isn’t worth a thousand words. It's worth endless words,” he tells me. He agrees that bags that look like nouns can provide a useful “clue” in interpreting a public figure’s persona. The KarJenners just handed us six clues on a bedazzled platter.

The family is famous for experimenting with images and mediums: from memes to “Kimojis” to virtual games like Kim K: Hollywood. This has created an economy of images that define the family in ever-changing ways, so it’s fitting that the Kardashians would even accessorize using symbolic objects. And now the longtime love between the Kardashians and Leiber has culminated in an official collaboration just in time for Christmas. They can be found at Neiman Marcus and Bergdorf Goodman, but first, let’s explore what each choice reveals about the superstars behind them.

The Kardashians have always enjoyed their holiday traditions, theming their annual Christmas cards, and throwing glitzy galas each year. Last year, Kris Jenner even recorded a campy rendition of “Jingle Bells” with drummer son-in-law Travis Barker. “Holidays are laden with rituals and symbols,” Danesi says. By creating a bag that looks like a Santa ornament, Kris connects herself to “a symbol of all the meanings behind Christmas. Family getting together, gift exchanges, goodness, kindness.” Seems pretty on-brand for the family’s matriarch. Could her festive clutch be a preview to future products in the holiday space? 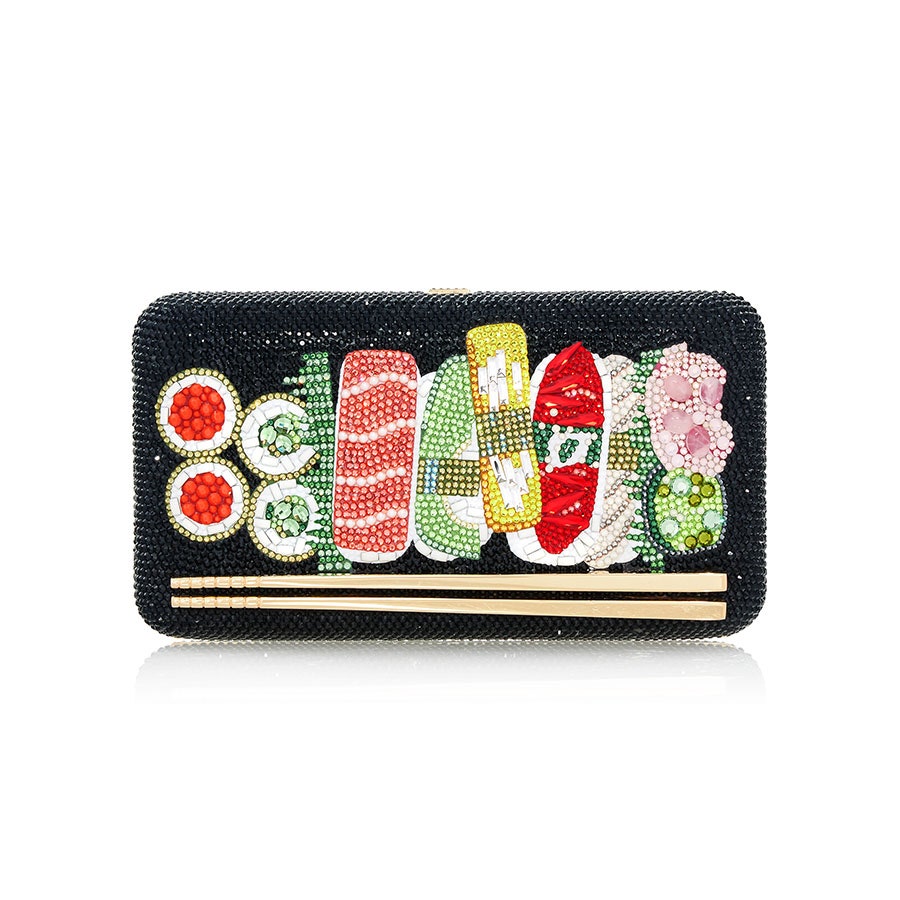 Covered in colorful crystals, Kourtney’s bag resembles a plate of the kind of “clean eating” she’s known for endorsing. Ever the outlier, Kourtney’s bag is notably the most abstract compared to her sister’s more straightforward pieces. 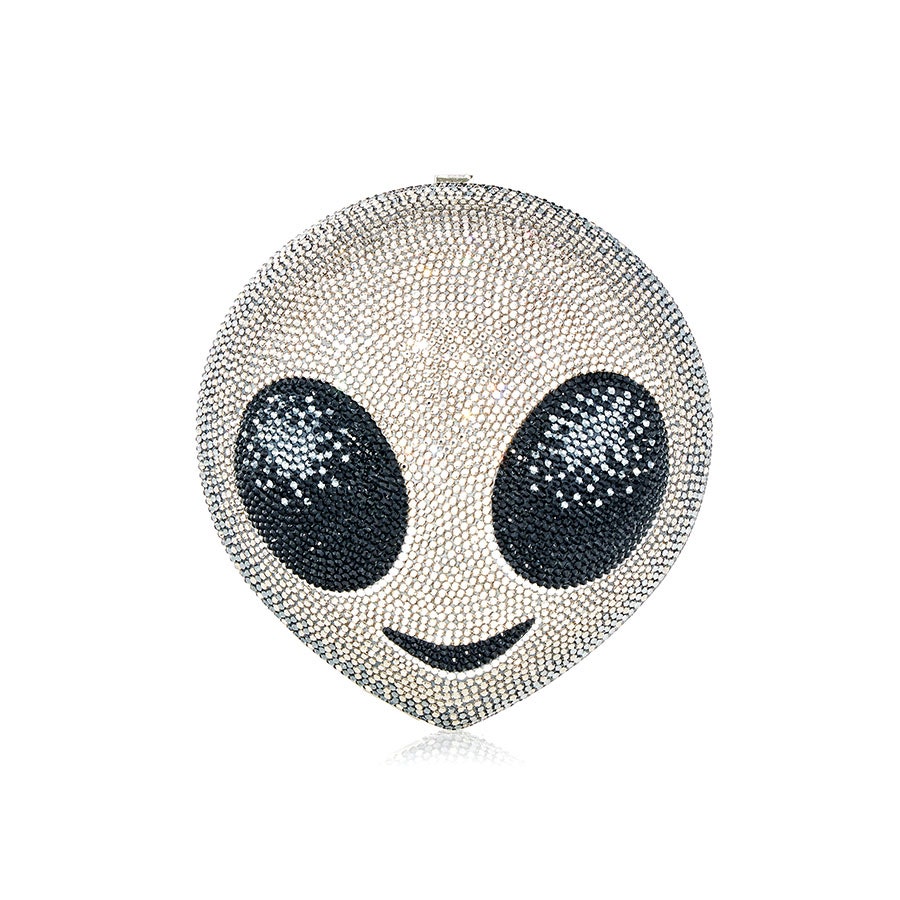 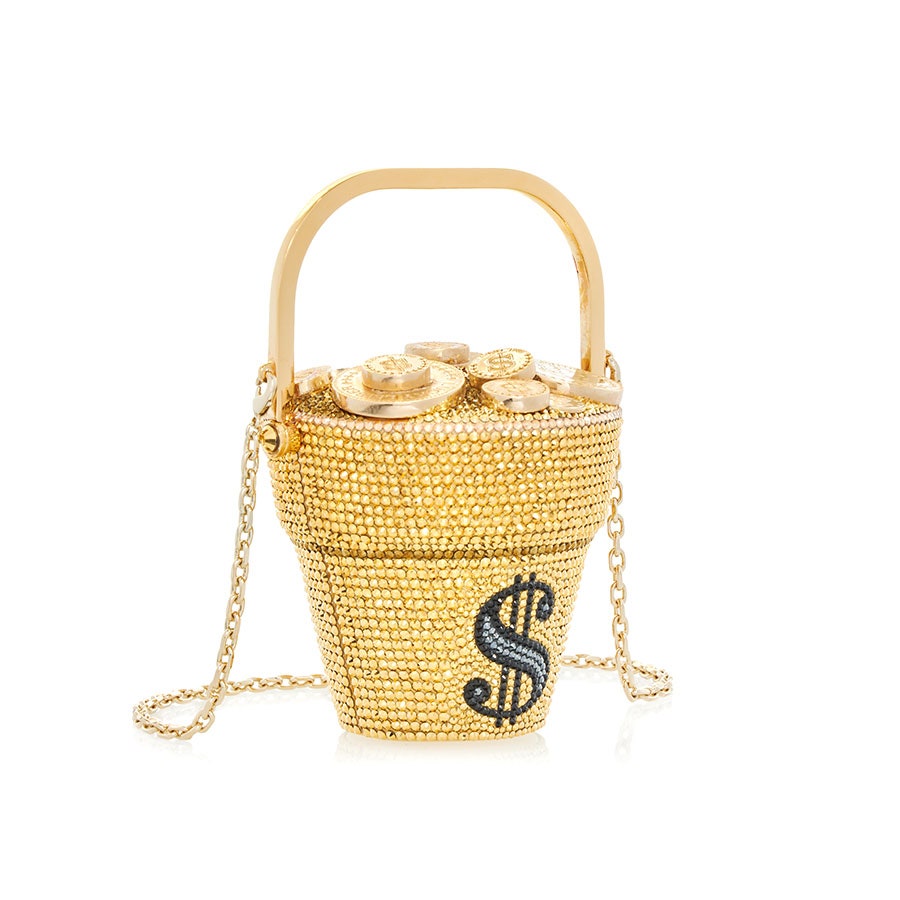 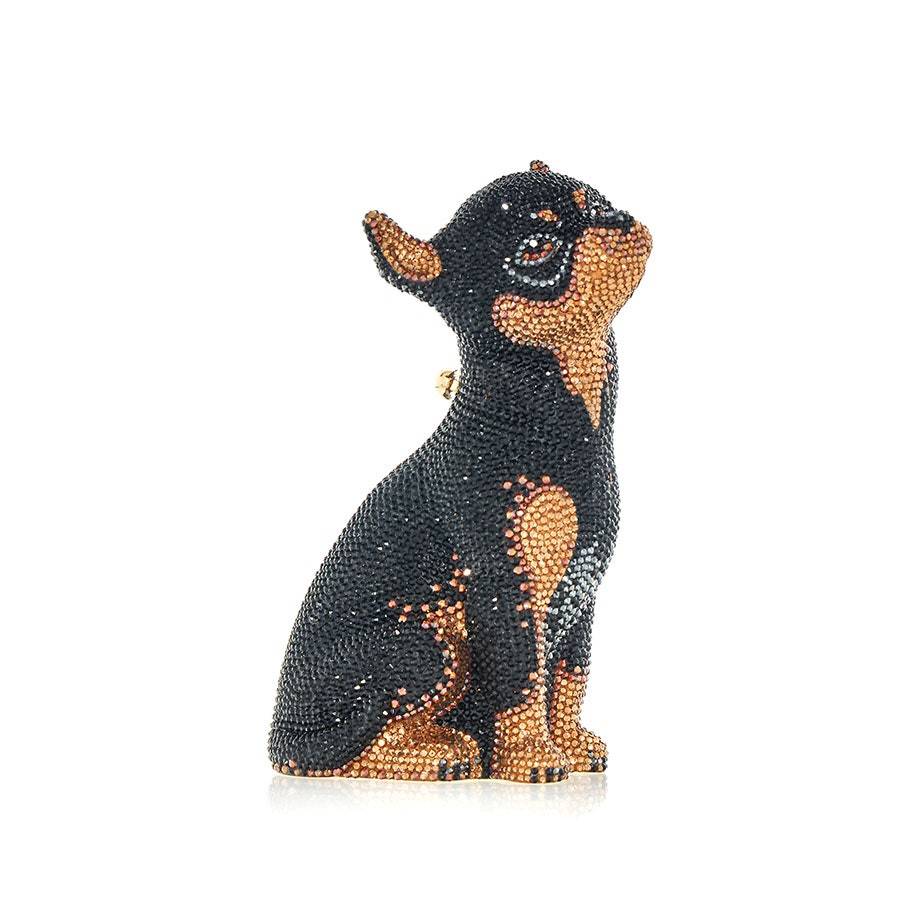 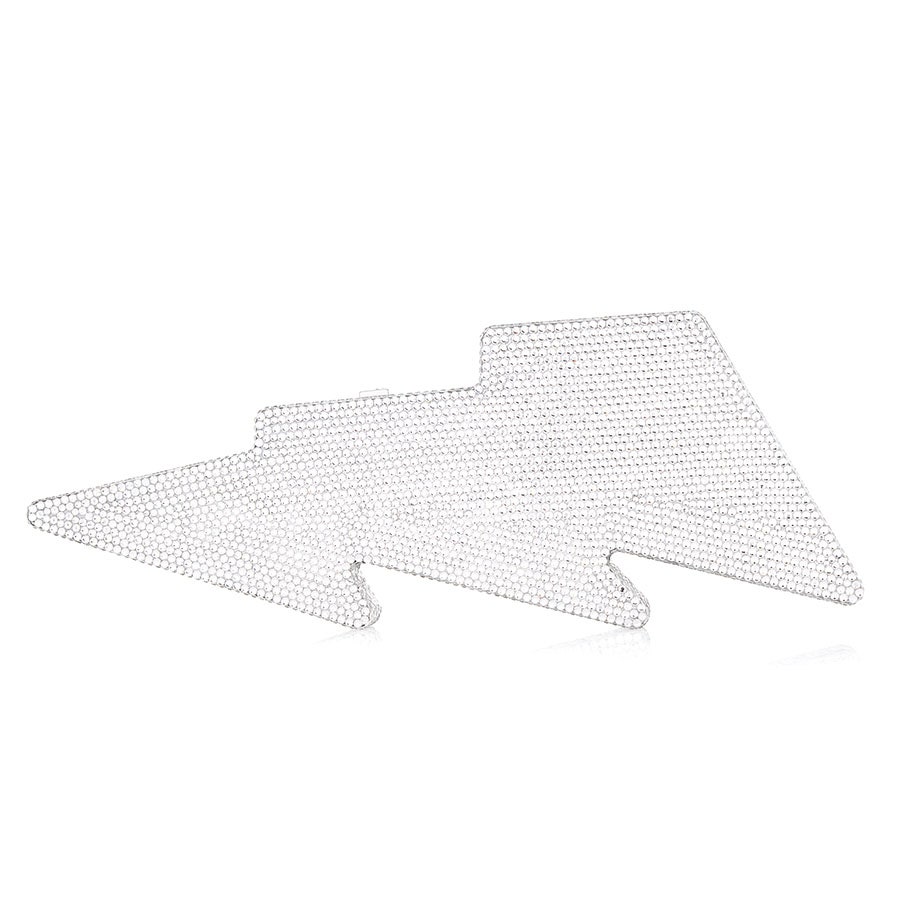 A striking piece of the collection, Kylie’s lightning bolt is an apparent nod to her eldest child, daughter Stormi. There’s been some mystery, though, surrounding the unreleased name of her second child, whose birth was recently documented on The Kardashians. Might our more ardent TikTok investigators might take this bag as a clue to piece together her second baby’s name?